Romblon is an archipelagic province of the Philippines located in the Mimaropa region. Its main islands include Tablas, which covers nine municipalities, Sibuyan with its three towns, as well as the smaller island municipalities of Corcuera, Banton, Concepcion, San Jose, and Romblon, the provincial capital. The province lies south of Marinduque and Quezon, east of Oriental Mindoro, north of Aklan and Capiz, and west of Masbate. According to the 2015 census, it has a total population of 292,781.

Romblon has been inhabited by aboriginal Filipinos prior to the arrival of the Spanish in 1569. Archaeological artifacts recovered by the National Museum in 1936 indicate that the aborigines of Romblon already have a rich and advanced culture. Under Spanish colonial rule, Romblon was initially administered under the newly established province of Arevalo, until 1716, when it was transferred to the jurisdiction of the newly created province of Capiz. With arrival of the Americans in 1901, Romblon was declared a province and placed under civilian rule. It lost its provincial status for a short while between 1907 and 1945, but regained it in 1946, just after World War II.

The inhabitants of Romblon are divided into three ethnolinguistic groups: Romblomanon, Onhan and Asi. These groups occupy specific islands in the province and have their own language and customs. Romblomanon is mainly spoken in the town of Romblon, in all of three towns of Sibuyan Island, and the town of San Agustin in Tablas Island. Onhan is mainly spoken in the municipalities in the southern part of Tablas Island (Alcantara, Looc, Ferrol, Santa Fe, San Andres, and Santa Maria) as well as in the island municipality of San Jose. The northwestern part of Tablas Island (in Odiongan and Calatrava, as well as the islands municipalities of Corcuera, Banton, and Concepcion, speak the Asi language.

Currently, the province relies on agriculture, particularly rice and copra farming as well as fishing, for its livelihood. It also has a lucrative marble industry due to an abundance of Italian-quality marble, hence, its moniker as the “Marble Capital of the Philippines.” In recent years, the province has also become an ecotourism destination, with several white sand beaches, scuba diving spots, mountains and rainforests that tourists visit annually.

Romblon is strategically situated at the center of the Philippine archipelago. It is composed of three major islands (Tablas, Sibuyan and Romblon) and 17 smaller islands. Romblon is surrounded by deep waters, and is bounded by Masbate in the east, Mindoro in the west, Marinduque in the north and Panay in the south. It is approximately 187 nautical miles (346 km) and 169 miles (272 km) south of Manila. The islands are dispersed and accessible only via sea transportation except for Tablas Island where a domestic airport is located in the municipality of Alcantara.

Romblon falls under Type III of the Corona climatic classification system which was devised in 1920. It is characterised by no pronounced wet and dry seasons. Generally, the wet season is from June to November and sometimes extends up to December when the southwest monsoon is predominant. The dry season is from January to May but is sometimes interrupted by erratic rainfall. The annual mean temperature is 27 °C (81 °F), with February as the coldest month with temperatures dropping to 20 °C (68 °F), and May as the warmest month with temperatures reaching up to 35 °C (95 °F). Habagat monsoon winds pass through the province from June to October while northeasterly winds or Amihan blows through the islands from December to February. 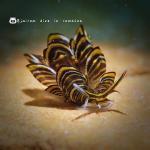 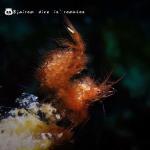